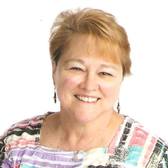 Meet Mary Meyers, CEOE, UAEOP President
Mary Meyers is the Principal’s Secretary at Spring Lane Elementary in Granite School District. She has worked in education for the last 30 years.
​​
Mary has served in many leadership positions in Granite AEOP including three years as president. She has served on the UAEOP Board since 1997 and has previously served as President for four years, 2008-2012. She has assisted with planning four National AEOP conferences, served as the NAEOP Elementary Council Chairman for two years and the Southwest Area Director for four years. As Southwest Area Director she served as the Advisory Council Chairman, Long Range Planning Chairman, Nominations & Elections/Special Projects Chairman, and Scholarship Chairman. She currently is on the NAEOP Foundation as a committee member.

Mary received her PSP certificate in September 2012 and her CEOE (Certified Educational Office Employee) Distinction in 2016. She has conducted workshops during the Elementary Council meetings and the Southwest Area meetings and for Washington AEOP. Mary is an advocate for Life-Long Learning.
​
Mary has three grown children with nine grandchildren who keep her very busy with their sports, dance and music activities.

Sherry Wilson is the Training & Compliance Specialist for Granite School District. She has worked in education for 37 years.
Sherry has served in many leadership positions in Granite AEOP including four years as president; was a founding member of Utah AEOP and currently serves as the BuzzLine editor and as President for the second time; coordinated two National AEOP conferences (Utah 2001 & Boston 2004) and the 2013 Fall Institute, served as the 2004-05 presidential consultant, the 2007-09 Secretary/Treasurer, a co-chairman of the NAEOP Marketing/Corporate Sponsorship Program; chaired the WebSite Ad Hoc Committee and is currently serving as the NAEOP Foundation Treasurer and co-chairman of the NAEOP Conference Guideline Review committee.

Danielle Kitchen has worked for Granite School District since 1995, she is currently an Executive Secretary for School Accountability Services. She has served on the Utah and Granite AEOP Boards in various positions, including President. She is currently serving as the BuzzLine graphic artist and on the Mentoring Committees for UAEOP. Danielle and her husband have two children and together they enjoy boating, camping, watching NASCAR races, and home remodeling projects.